Tottenham paid for an overly conservative approach from Jose Mourinho as Romain Saiss’s equaliser four minutes from time earned Wolves a 1-1 draw at Molineux on Sunday.

Spurs made a dream start as Tanguy Ndombele opened the scoring in the first minute.

But Mourinho’s men have now failed to win in four consecutive league games to heavily dent their hopes of a first league title in 60 years.

Tottenham edge up to fifth, but remain six points adrift of leaders Liverpool.

Saiss’s late leveller was no less than Wolves deserved as they dominated the second-half.

But it was a familiar story for Spurs as just like in blowing another two points in a 1-1 draw at Crystal Palace a fortnight ago, they sat on a precarious 1-0 lead for most of the match and were punished.

Tottenham started like a side keen to make amends for last weekend’s lacklustre 2-0 defeat to Leicester.

The visitors could even have scored before they did as Son Heung-min’s shot from a narrow angle was blocked behind.

From the resulting corner, the ball broke to Ndombele at the edge of the box and his shot deceived Rui Patricio, who should have done better in the Wolves goal.

Wolves have struggled for goals since losing Raul Jimenez to a fractured skull last month.

The Mexican was at Molineux for the first time since his injury, but his presence was missed on the field as the hosts went onto dominate possession without a cutting edge.

Fabio Silva flashed a shot into the side-netting and Daniel Podence fired too close to Hugo Lloris from the edge of box before the break.

Nuno Espirito Santo’s men have made a habit of scoring the bulk of their goals in the second-half and looked like the only side capable of scoring after the break.

Silva’s claims for a soft penalty were waived away as Tottenham largely restricted the hosts to potshots from range.

Ruben Neves curled narrowly over before Wolves’ danger man Pedro Neto saw another effort from the edge of the area deflected just wide.

Neto was the provider when Wolves did score the goal their second-half performance deserved. Saiss beat his marker to a corner at the near post and flicked the ball into the far corner.

Wolves should even have gone on to win the game when 18-year-old Silva wasted a golden chance for his first Premier League goal from open play with a header straight at Lloris deep in stoppage time. 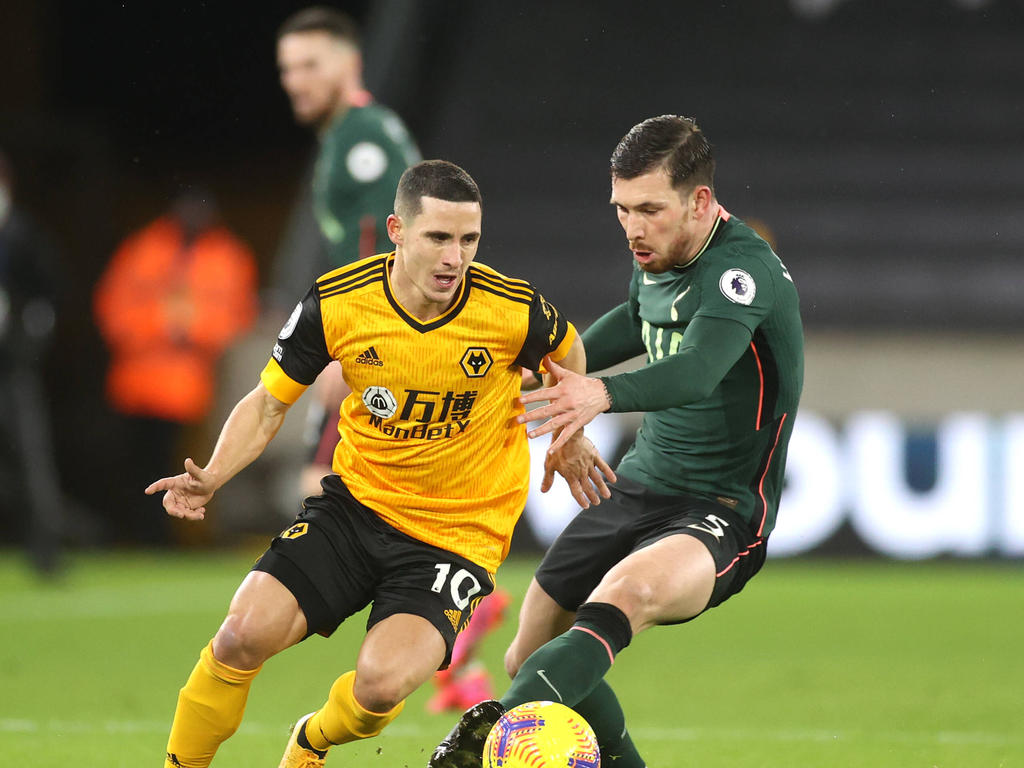 Guardiola demands Man City do not ease up