Ilkay Gundogan said on Tuesday he hopes Sergio Aguero will finish his time at Manchester City with titles after the Argentina striker confirmed he will leave the Premier League leaders at the end of the season.

“He has done incredible things and contributed a lot to us being where we are now,” Gundogan said.

“We still have him for a few weeks and hopefully we can see him off with some success.”

Man City could finish the campaign with a remarkable quadruple.

They are 14 points clear at the top of the league, face Borussia Dortmund in the Champions League quarter-finals, head to Chelsea in the FA Cup semi-finals and next month take on Tottenham in the League Cup final.

After a decade with City, Aguero, 32, announced on Monday he will leave when his contract expires in July.

Aguero has won the Premier League title four times with City and is the club’s record scorer with 257 goals in 384 games.

That tally includes the dramatic winner against QPR when City edged rivals Manchester United to the 2012 Premier League title on the last day of the season.

“I still get goosebumps when I see his legendary goal with original commentary,” Gundogan said. 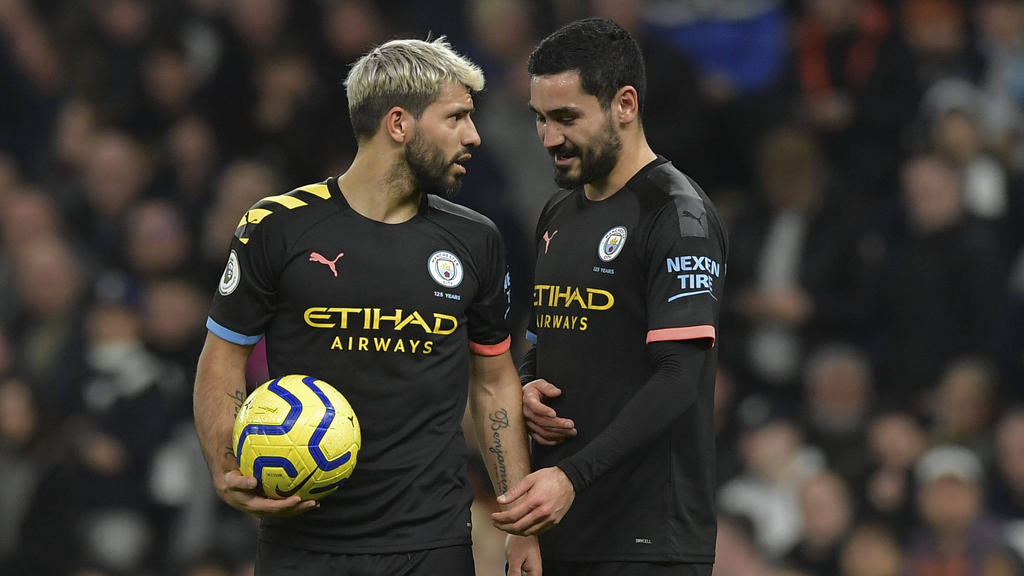